I don’t think the subject I want to talk about today hasn’t caught your attention just yet. The extreme Australian fires. It’s been all over the news and my Instagram feed has been exploding. The attention is a good thing, we should talk about this issue. That’s why I am talking about it today. But also, I think the traditional media doesn’t give enough of the background information I’d like to see. And even more important: what can we as individuals do?

Not all fires are bad

Before talking about the specific Australian fires, I’d like to talk about fires in general. Because, not all fires all bad. Al lot of fires you see in the news (for example the Siberian fires in 2019), are not bad at all. They are part of a natural ecosystem. The areas affected by these fires restore and everything is fine then. When they burn, yes, CO2 is released, but this is later taken up by new grown fires. Natural fires keep the soil fertile and prevent bigger fires from occurring.

A fire is a simple sum of oxygen, fuel and heat. If a fire occurs most of the time a part of an areas in burned, not the entire area. Yet, we as humans stop this process by fire fighting. This way the fire stops and the fuel is not burned. By doing this every time, there is more and more fuel each time. At some point the fuel gets so big that when a fire occurs, it is massive. Fire fighters can’t do anything at that point and a full area is burned. That’s why we need fires. Small fires occasionally prevent massive fires from occurring. However, a lot of people object to this managed burning of areas, they don’t want the air pollution.

Okay, so now you know that not all fires are bad. You don’t have to worry each time you see fires on the news. That’s especially the opposite of what we need to do now, with the Australian fires. This is an alarm. A serious alarm. These are the first serious signs of climate change and I think this hasn’t been discussed enough. We focus on this one event, just alike with massive hurricanes, storms or droughts. These aren’t alone standing events. These massive fires don’t just happen. They happen more often and more extreme because our climate is changing. In some places this means extreme heat, like in Australia. This is an effect of an overall warmer climate, global warming. The science has agreed on it already, even though politicians don’t listen. The fires are an effect of climate change. This is the natural system taking over. Humans have been altering the climate and so these fires are one of the consequences.

Don’t get me wrong, I know that a fire season is normal in Australia. Like I mentioned above, fires are a part of natural systems. The fire season has just started in Australia and so this already implies that fires are normal in that area. But the fires being this severe already, is not normal. A whole continent burning is not normal. Imagine what will happen later on in the fire season, I don’t even want to imagine. I am praying for the Australian people and animals.

Talking about prayers, I don’t think it’s enough. Yes, I am all about compassion. But you don’t show your compassion for the Australian people and animals enough by just prayers. Yes, I pray for them to be all right too. But it’s not all. We need to look at ourselves and say: not on my behalf. There’s a lot of things people do that accelerate climate change. We need to do something about that, since that is the source of this problem. We cannot ignore the core of this problem. If we do, things will only get worse. It’s time to think: this is enough.

There’s a top 10 of most effective measures you can personally take to combat climate change, it’s written in this book. There’s even a tool with which you can calculate whether you live within the earth’s capacity. I suggest you take it. Number one is buying nothing new and number two is ditching meat. So, next time you go out for a shopping spree, think. Is this really how you want to contribute to the world? Is this the best you can do? And when you eat meat, think again. Do I want to contribute to the suffering of my fellow-humans and animals? Do I want to make things worse or do I want to be part of the solution?

Besides the top 10 things you can do to combat climate change, you can also donate of course. But don’t donate and think you’ve just bought of your guilt. Change your lifestyle, that’s what these people (and animals) need. 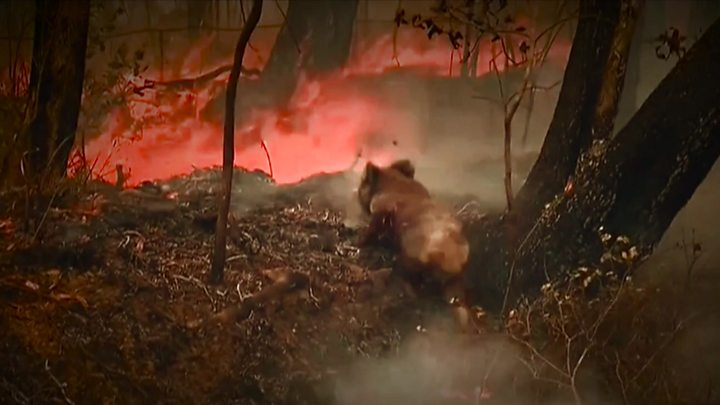 And I know you can. If I can do it, you can too. It can be upsetting sometimes. I avoided social media for the last couple of days, because I can get mad. Mad at people who ignore the issues, mad at people who contribute to the issue, mad at everybody. But that’s not the way to fix things. The way to fix things is to look at your own behavior and change it. And know that you’re not alone. There’s lots of people like us who try their best every day. I choose to be positive and try.

Do you choose compassion?

Hi! My name is Romee Hoeksma and I am on a journey to an eco-positive life. An eco-positive lifestyle is a lifestyle in which I have a more positive than negative impact on the beautiful planet earth. On this blog you can follow my journey to a life with only positive impact. At this blog you can find all sorts of things, from tips to recipes to personal expereinces, but most of all fun (I hope!). I write about how I want to change the world, but don’t look at it as if I’m judging you. If anything, I like responses from my dear readers the most, so don’t hesitate to contact me or respond to any of my posts!

Want to get an update every time I post something?

Here’s what I posted most recently